According to The World’s 50 Best Bars, at 3rd place was Florería Atlántico, by bartender Renato “Tato” Giovannoni. The other big news was the rise of President, of bartender Sebastián García, who went from 53rd place in 2018 to 33rd this year.

Florería Atlántico opened in 2013. It is located in 872 of Arroyo st., in the most attractive area of the Buenos Aires neighborhood of Retiro. There, Tato Giovannoni recreated a “flower shop” but with a secret door that immerses you inside the bar, in the basement of the premises. It is characterized by the excellence of its cocktail bar and the particularity of its gastronomic proposal.

“One imagines that Florería Atlántico should have surprised some visitors at the time, by entering them through a nondescript door of a florist, but it is a kind of speakeasy bar (clandestine / hidden bar) in which everyone is welcome, and attracts to a wide range of Buenos Aires to the old docks of the Argentine capital. Certainly, the whole premise of Florería Atlántico is to celebrate the good and the great of Argentina, a country whose production is rich and varied, born from diverse climates and centuries of immigration, ”describes the review of the official website of the awards.

In the bar fanpage, customer reviews highlight the quality of service, the unbeatable atmosphere and excellent service.

“One more year @floresatlantico in the @ 50bestbars. Congratulations Sailors and Passengers. Thanks for always joining us! Long live the Homeland! ”Tato Giovannoni tweeted from London.

President, meanwhile, is located in 188 of Quintana st. (and Montevideo). Sebastián García’s bar had made its debut in the rankings last year, when it reached 53rd place. As it happened with Florería Atlántico, progress was fast and, now, the elegant Recoleta bar is ranked 33rd (a jump from 20 places in just one year).

The “drinkteam” of President (@ Presidentebar)
“Between the clouds” is one of the most photographed cocktails of President, but also one of the most delicious. Among its ingredients you can taste Hendrick´s Gin (the most awarded gin in the world), cherry brandy, strega, citric acid and rosemary.

The rest of the winners are from England, the United States, Singapore, Mexico, China, Greece, Peru, Brazil, Spain, Germany, among others. The first place was taken by Dante, a bar located in the New York neighborhood of Greenwich Village, commanded by the Australian bartender Naren Young. The podium is completed by an European: the London Connaught Bar. 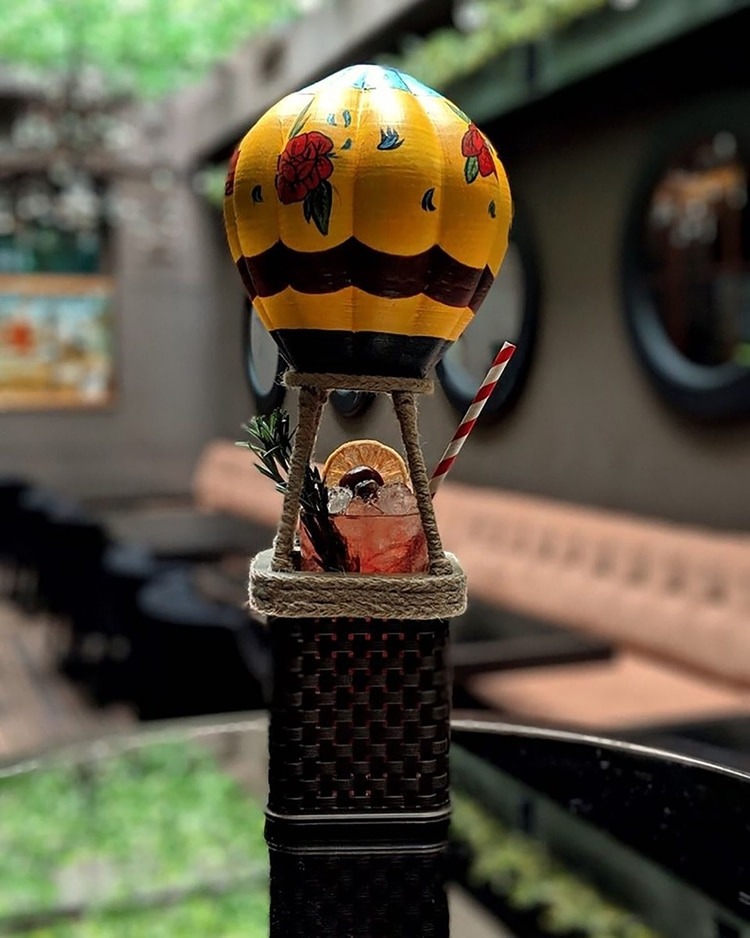 “between the clouds” cocktail