The largest rodent in the world!

Home/Uncategorized/The largest rodent in the world!
Previous Next

The largest rodent in the world!

The Carpincho (capybara) it is the largest rodent in the world, for wich is considered a giant guinea pig. It is an amphibious herbivorous rodent (they eat marshes, grasses and riverin herbs), whose adult weighs about 55 kg, mesures more than 1 meter long and 50 cm high. It is a robust animal, tailless, with solid trunk and a thick heavy head. It has small eyes, poorly developed ears and a cleft upper lip. The legs are short in length; the front ones have 4 fingers each and the back ones 3. The fingers are joined by a small swim membrane. Its fur is dense, short and quite rough, in general is uniform hazelnut grey.
It has a distribution area that covers from Panama to the south of he province of Buenos Aires, in Argentina; is present in all South American countries with the exception of Chile.
They are gentile and gregarious animals, usually form social groups between 3 to 10 members, according to habitat conditions, season of the year and population density.
They are a harem type reproduction behavior (a male has several females), they usually have 3 to 8 offspring.
They are characterized by having 3 essencial requirements for their survival:
1) Aquatic enviroments – water is essencial for reproduction, thermoregulation and protection.
2) Foraging areas nearby.
3) Dry areas to rest and shelter for offspring. 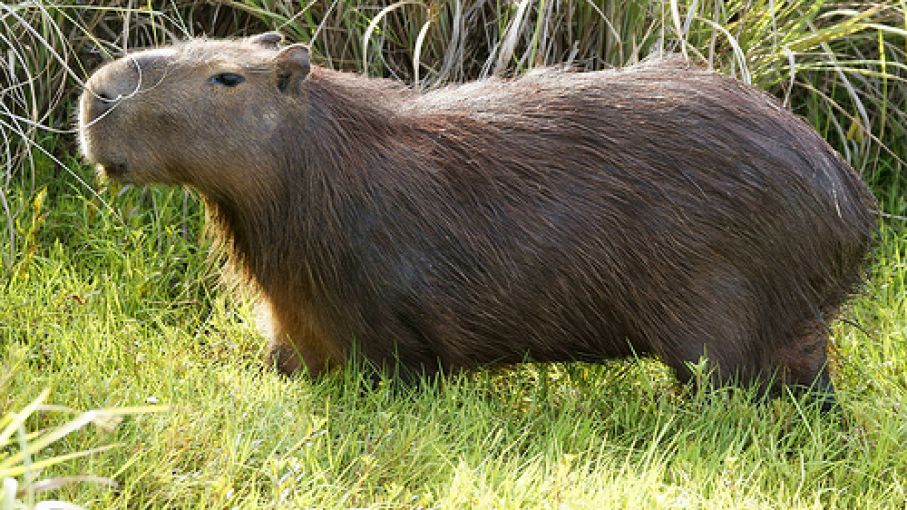 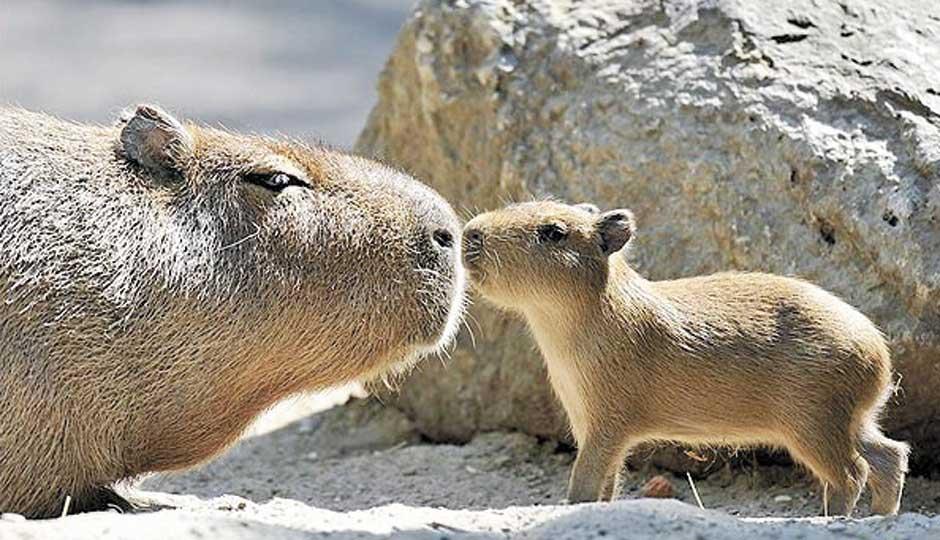